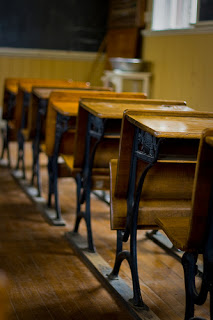 Another September rolls around and the stories about a need for increased French Immersion in communities begins to hit the media. At the end of August I was asked for an interview with La Source, a French newspaper that focuses on diversity. The reporter had a passionate interest in French as a Second Language opportunities for young immigrants. We spoke about how the face of French Immersion in schools has changed over the past 25 years to reflect the ethnic diversity of the districts.

As an outreach officer with Canadian Parents for French and a graduate of Immersion myself, occasionally I come across people with the belief that French Immersion is an “elitist” program, designed for “white, middle-class, English speaking children”. Dropping my elementary aged daughters off at their school, I am always happy to see just how much the face of French Immersion has changed since I was in school. Parents of all different backgrounds and ethnicities are enrolling their children in French Immersion. No longer do low income, learning challenged, or ESL student’s parents feel they have to self-select out of the benefits of second-language programming. As districts across Canada work to promote inclusiveness and accessibility to French as a Second (or subsequent) language, more and more immigrant families have the opportunity to take advantage of this education.Contrary to what some people imagine, learning a second or third language does not hinder the development of your mother tongue. Learning a second language has proven to have major academic benefits, and recent research has proven that it can actually have physical benefits as well on the development of the brain, greater learning ability especially with regards to language learning, and even delays the onset of dementia. [1] Many new immigrants whose children are also learning English are finding that enrolling them in French Immersion actually helps their learning in both languages. This is largely due to the fact that all of the children in the class are learning a second language. The teacher relies heavily on visual cues, repetition, rephrasing, and hand gestures. [2] All of the children are learning a new language, even the ones who were born here. Many immigrant families are reaping the benefits of learning a second language already, as they study to learn English, and yet increased amounts of new Canadians are also choosing to have their children learn French.People choose to move to Canada for a variety of reasons, but one common theme amongst people who have chosen Canada as their place to live, is a sense of pride in being Canadian. In fact 12% more new immigrants have a desire to learn French than Canadian born Anglophones, and when surveyed many feel that learning French is a part of being Canadian. [3] When they put their children in Immersion it is a way for them to learn about Canadian culture and participate in another of Canada’s official languages.Many immigrant parents in Canada view multilingualism as a regular part of life and understand that knowing many languages is an important part in accessing today’s job market. Currently 60% of parents who enroll their children in second language programs do so for increased job opportunities in the future. [4] Just having a second language may not be enough — 84% of employers view English/French specific bilingualism as an advantage to job seekers. [5] In an increasingly diverse country, having English, French, and an additional language is a significant advantage to access government and crown corporation jobs where French is considered an asset. In Canada’s multicultural environment, many communities have strong representation from languages other than English and French. In an increasingly competitive job market, immigrant families are giving their children an advantage by teaching them the value of true multiculturalism through the gift of multilingualism.

This article was written by Kirsty Peterson.  She is a longtime advocate for children, youth and families with many years experience working to support access to educational, social, recreational, employment & cultural programming for people of all ages, backgrounds, ethnicities and income groups. She believes that every person, great or small, can have an impact on a community and sometimes it’s the smallest voices with the greatest ideas.

One thought on “Parents Building Multilingualism In A Multicultural Economy”